With the appointment of CBI’s new Vice President Lord Karan Bilimoria, founder of Cobra Beer and an entrepreneur advocate, the CBI winds appear to be changing.

Lord Bilimoria, who is also is being lined up to be the next CBI president subject to AMG approval, was recently quoted in the Financial Times as saying:

“The CBI represents 190,000 companies and should be perceived and seen as the voice of all business. I would like to champion SMEs in particular, and to make entrepreneurship a focus”.

He commented further that the CBI needs to support smaller, more entrepreneurial companies to shake off a reputation as “the voice of big British business”. 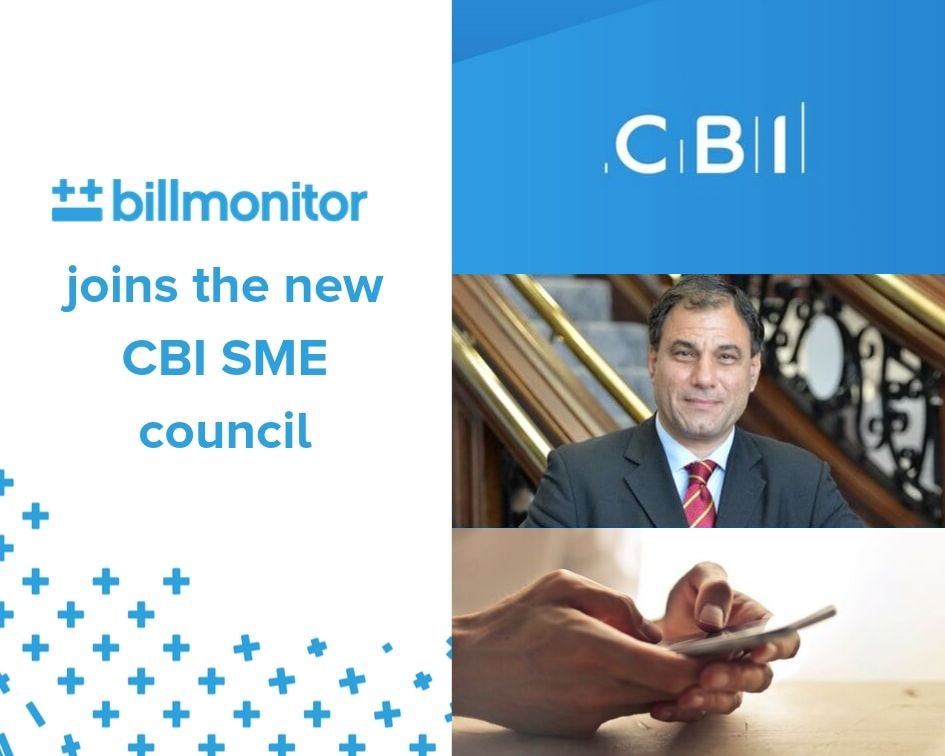 That was music to our ears - Billmonitor is about as SME as they come, a typical UK start-up jostling for a platform, regularly coming up against large incumbents that are perceived as the great stalwarts of British industry.

So, when the CBI announced plans to set up a new SME Council to ensure SMEs are effectively represented in the CBI’s policy work, Klaus Henke, MD of Billmonitor, jumped on the opportunity and applied.

Of his subsequent invitation to join the council on 12 July 2019, he commented:

“I listened to the inauguration speech of Lord Bilimoria at the CBI AGM in June and his focus on giving small and mid-sized businesses a bigger voice was very encouraging. I am proud to have been appointed to the CBI SME Council as, at the end of the day, today’s big businesses all started off as small shops … not too dissimilar to Lord Bilimoria’s own Cobra Beer. We need to ensure SMEs can flourish and are supported in the UK, creating new giants for the future!”

The SME council is part of CBI’s continuing efforts to ensure that small and medium enterprises are given the same exposure and support as big business. The council meets quarterly in a roundtable discussion with the first event scheduled for later today, 18 September 2019.